How Your Organisation can Avoid DEI red Flags

Companies are investing serious money in their Diversity, Equity, and Inclusion (DEI) programmes and the numbers are projected to substantially increase. So, it’s important to avoid some common pitfalls on the way to achieving success and ROI. Here’s a few to look out for…

This is the diversity, equity, and inclusion era. And it is wonderful. Wonderful that so many companies are considering these issues as key to providing healthy, welcoming, ethical workplaces.

But we all know that this is just the beginning, and that we are nowhere near being able to say that there is real inclusion and diversity across the working world. According to McKinsey, even if the dollars spent by companies on DEI related efforts are expected to more than double (from $7.5bn in 2020 to an expected $15.4bn by 2026), at the current pace it will take around 150 years to close the economic gender gap.

Many companies are starting to move towards that goal but losing your way is easy when it comes to such a complex and sensitive issue. We’ve been doing some research and have identified some of the pitfalls on the way to achieving diversity, equity, and inclusion in the workplace. Avoiding these will help your organisation stay on course when it comes to DEI.

We can’t talk about being a diverse and inclusive company if we centre our DEI efforts on a reduced number of minorities. Many companies still believe that generating specific programs for women and black people, for example, is enough to proclaim that they are inclusive, equal, and diverse. While those efforts are no doubt interesting and implemented in good faith, we need to remember that inclusivity, equity, and diversity are so much more than that. There are many populations and minorities to take into account - LGTBIQ+, disabilities, non-binary genders, nationalities and cultural origins, religions and so on. Considering all minorities and learning about their expectations, struggles, desires, and habits is key to taking the right path. It is also important to create a DEI internal leadership team consisting of people from a diverse set of minorities to help address such issues.

Making statements with no data to back them up

Slogans and titles can be attractive, even moving, but if there’s no real data on diversity, equity, and inclusion behind those statements, they are pointless. Show percentages, numbers and facts that illustrate how much your company has been improving its DEI year after year. Show that your organisation is serious about it, instead of just coming up with slogans.

Still having “male” and “female” as only gender choices

When you launch an internal survey, do you still have only two options in the gender question? Show your non-binary employees that you care and include them in the options.

Look at your leaders. How diverse are they? If most of them are white men, then your company is sending a daunting signal to all your employees out there - you won’t be able to progress here if you are not hegemonic. And don’t focus only on the board when you do this exercise. Even if the board is a good example of what kind of people have a future at the organisation, it doesn’t have the same kind of relevance that every-day-leaders do.

Leaders mostly from the same regions/countries

This is a typical problem for global organisations. They have operations all over the world, with offices across the five continents, but their global leaders are all from the US, UK and other first-world countries in Europe. Africa, Latin America, Oceania, and Asia are often under-represented, or not represented at all, when it comes to leadership positions at global companies. Reducing the worldview of a global company to just a handful of regions is basic discrimination.

According to a Harvard Business Review study, many companies tend to justify DEI on their careers or CSR websites by saying that “under-represented candidates offer different skills, perspectives, experiences, working styles, etc., and that it is precisely these ‘unique contributions’ that drive the success of diverse companies.”

The inference is companies are not trying to be diverse because it’s a moral imperative, but because employees from underrepresented groups can be a “means to an end” to achieve diversity. There is no need at all to justify your company’s commitment to diversity, equity, and inclusion. It should be the norm.

As a Latin American that has worked in several global organisations I can tell you that biases about my region are entrenched. Once a former colleague from Europe got to visit my country, Argentina, and said, “Oh gosh, I can’t believe all these buildings, the amazing infrastructure, the streets, so many cars, so much movement… I thought this was going to be much more rustic!”. On another occasion, someone asked me to send video footage from my city for a “global” video -  Llamas, ponchos, and dancing on a hill were requested.

Be assured, that is absolutely not typical of Buenos Aires.

Having prejudices about a culture, a race, a gender, or any minority, is not only a demonstration of a biased, narrow mind, it can also be deeply offensive. Make sure your efforts don’t fall into that trap. 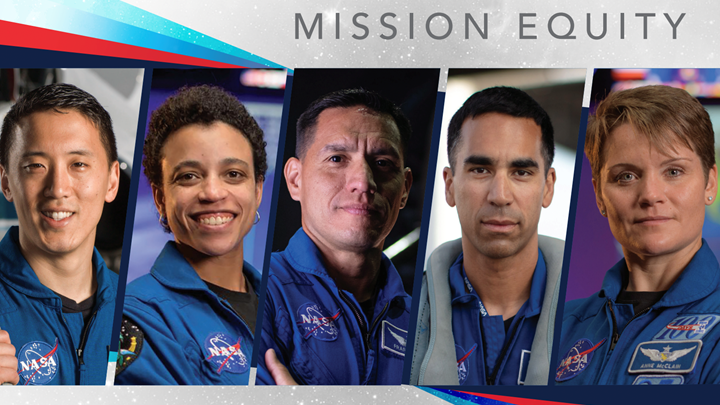 Hollow and intangible DEI commitments are no longer convincing without actions and outcomes. Take a look at some examples of diversity initiatives which followed through on the rhetoric...