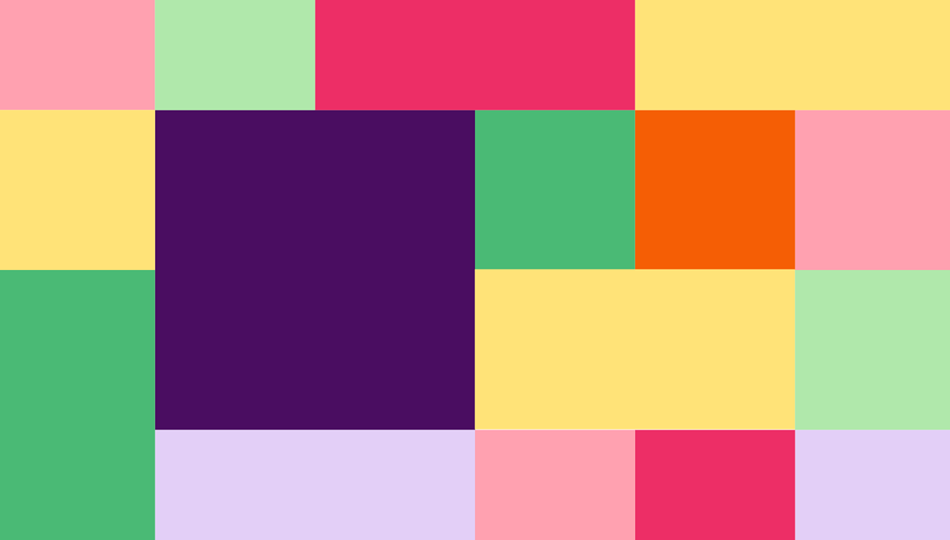 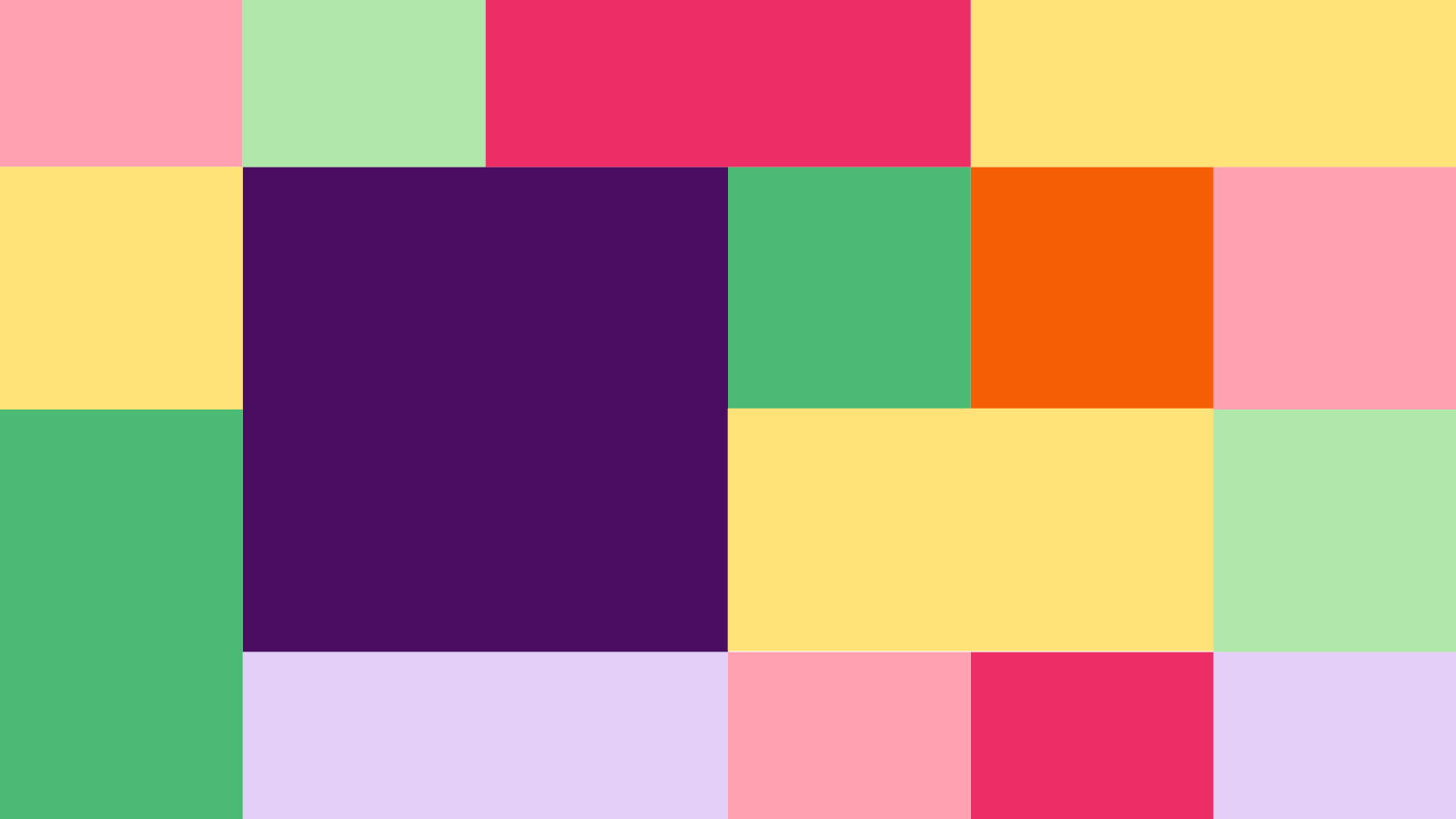 As one of the UK’s most recognisable high-street businesses, NatWest Group is committed to being a diverse and inclusive employer. It is a company priority to recruit more black and diverse students from under-represented groups onto its internship and graduate programmes.

The company wants more people from diverse backgrounds working at the bank to better reflect and represent the communities and customers that use its services. It was vital that the policy was authentic in its intent, with a real commitment to creating a more diverse workforce. 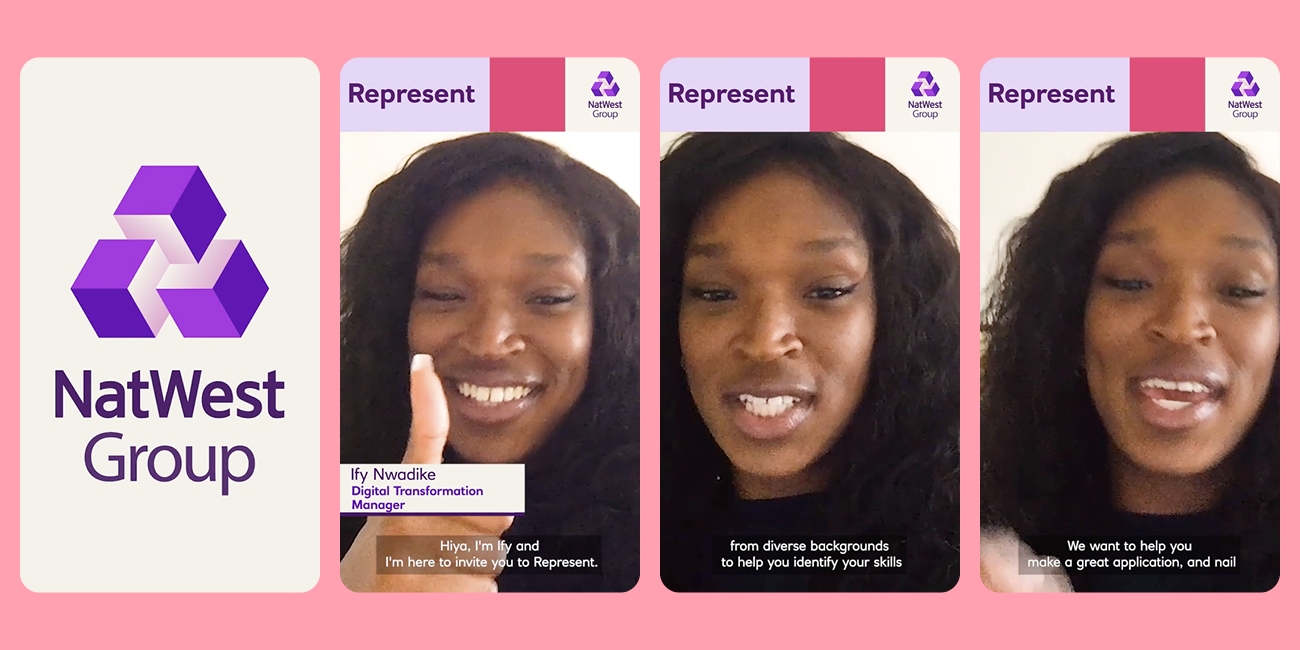 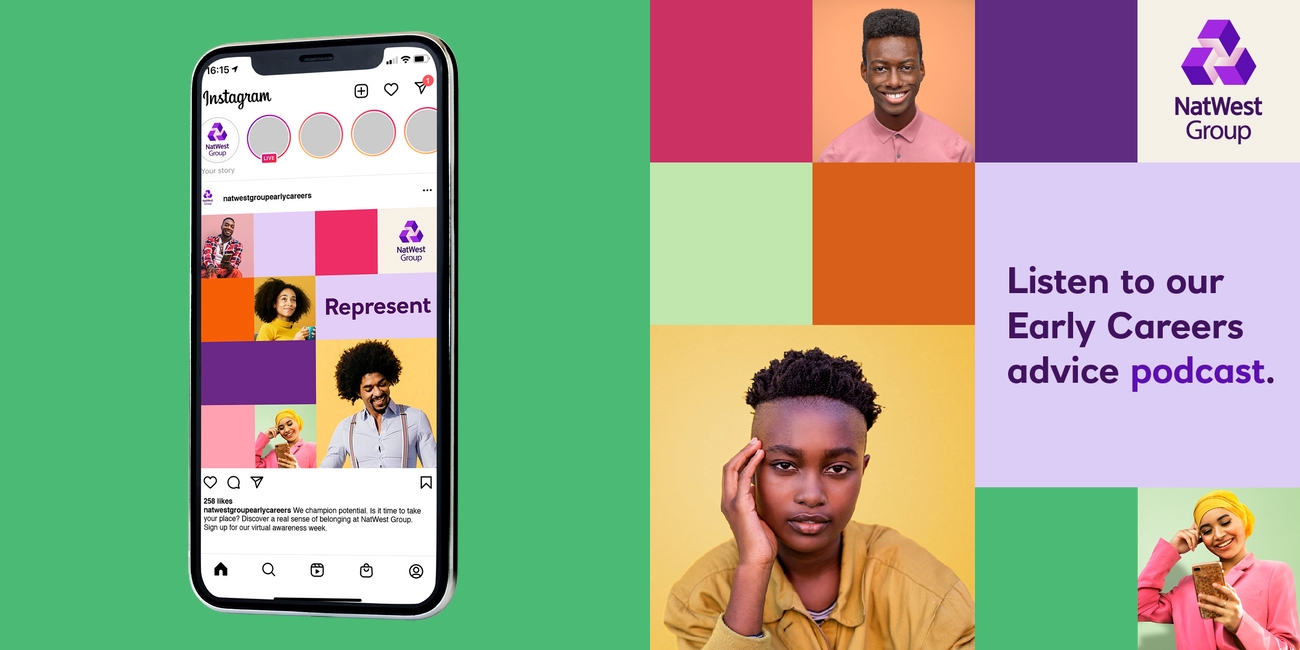 In creating our solution, we made use of extensive research that highlighted some of the barriers that under-represented groups face when thinking of starting their career journey. We looked at several online platforms and considered how to engage with our audience in a way that allowed them to see themselves comfortably in a role at the bank, without worrying about fitting in or feeling isolated – as well as providing real value and practical advice.

The solution was a mini-series of online events, under the banner of ‘Represent’, held across Zoom, Meet and Engage. We tested the strategy, campaign identity and messaging with our target audience before launch, both internally and externally to ensure it spoke to them in the right way and delivered on what we promised.

Working with ambassadors at the bank, we created a TikTok-style invitation video, along with a suite of supporting media across paid social, display and targeted emails, as part of a media plan that focused on lifestyle and culture as well as well-known influencers within target groups. We created a set of lookalike audiences and promoted this content with the clear message that this was aimed at those from under-represented communities.

An animation was created aimed at continuing the story and encouraging people who missed out to go and watch the YouTube videos. The bank also hosted a round-down Podcast, featuring speakers from the event, and a specifically selected host (Adrienne Herbert), covering  some of the key topics, before broadening the dialogue further with more storytelling and insights from current graduates. 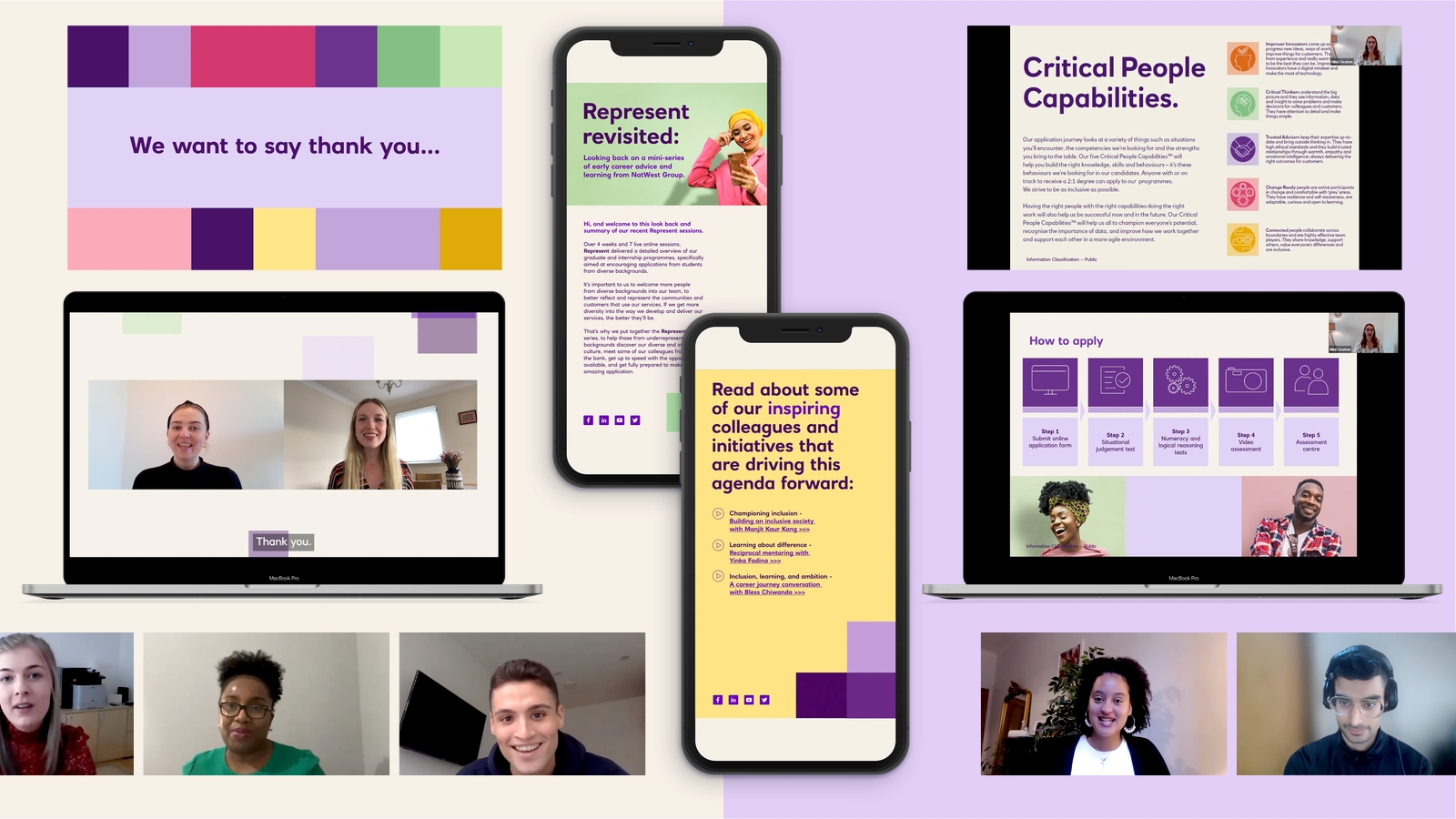