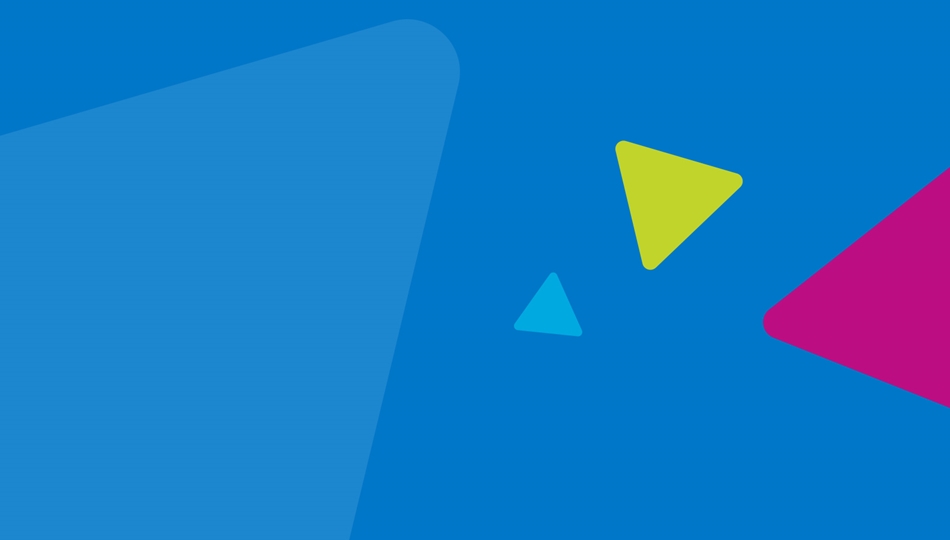 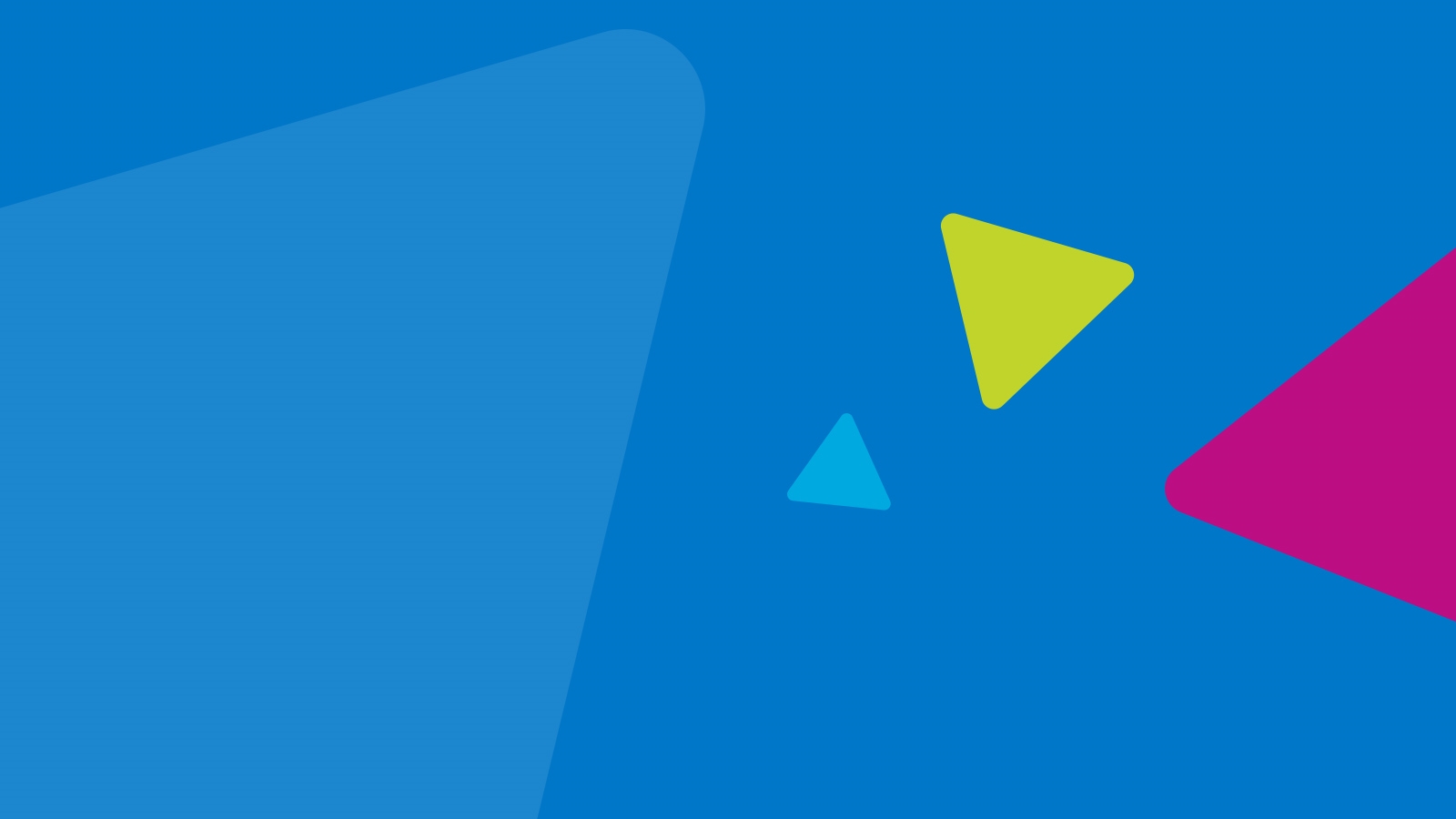 Magellan Health came to us by way of Charlotte Marshall, seasoned employer brand expert and its newly-hired Vice President of Digital and Social Media and Employer Brand. Magellan was struggling with talent attraction, but Charlotte was convinced that a world-class employer brand - one that articulated the company's contagious passion and purposeful work - would change everything. She wanted Ph to help build it, but there was a catch.

Charlotte was granted just $100K and 100 days to get the job done. An ask like this was unprecedented, particularly for a company of Magellan’s size, meaning we’d have to think differently - both creatively and strategically - than we ever had before.

Magellan Health is a company galvanised by passion to overcome health care’s toughest challenges. It serves complex, specialty populations including veterans and those struggling with mental health, demographics its competitors often avoid. From policy makers to physicians, Magellan’s made up of industry experts - they are the 'how' behind its success. Even more significant, however, is the 'why'.

Expertise is crucial to do any hard work in healthcare, but Magellan is unique in that all its employees have the same, humanistic purpose that drives them to do it. They’re motivated by genuine care for their members, and it’s this company-wide, altruistic purpose that inspires everything they do. It’s their 'why'. 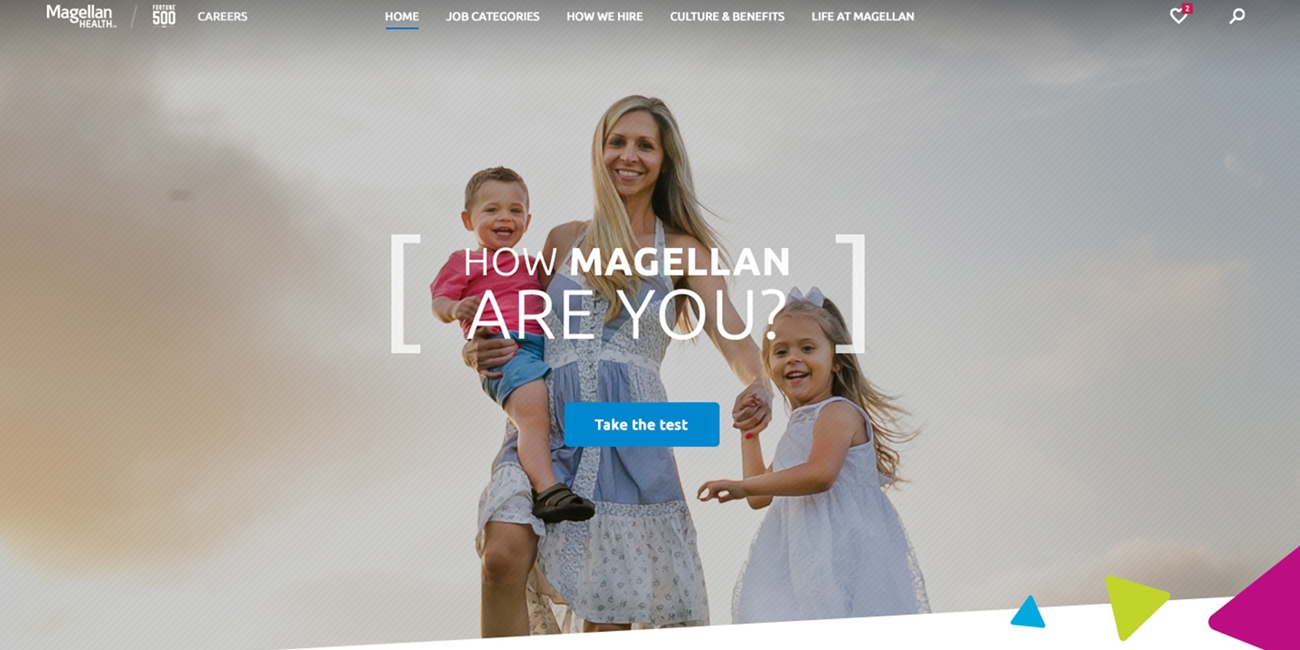 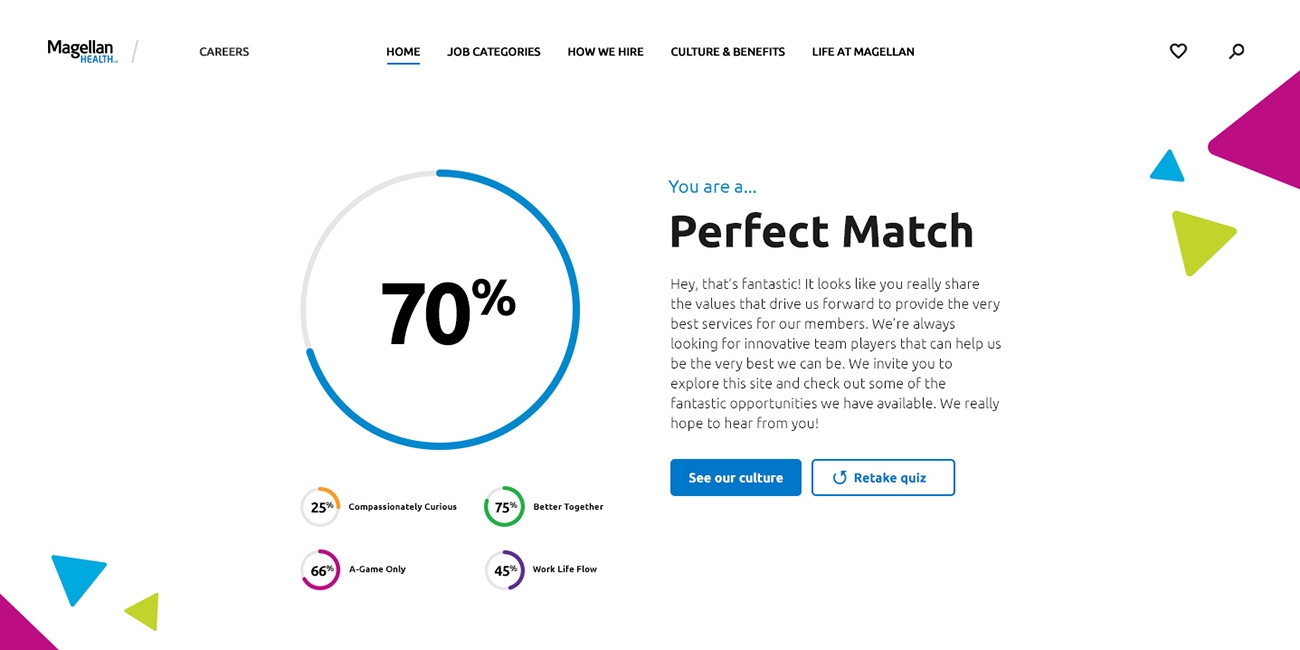 Our research revealed the stark reality Charlotte previewed: Magellan Health was in the midst of a recruitment crisis. The gravity of the situation wasn’t what surprised us, however, but why it existed in the first place. Magellan’s recruitment struggles were mere symptoms of a much bigger, much more nuanced problem—one that had little to do with Magellan at all, and everything to do with the industry it was in. Everyone, from talent who had declined offers to Magellan employees themselves, echoed the same sentiment: healthcare companies, in general, are thought to exist to make money and inhibit care, not to help people live healthier lives.

This insight changed everything. It was now our job to disprove a reputation plaguing not only our client, but the entire industry. We knew that in order to pull this off, we’d have to demonstrate just how different Magellan was by showcasing its compassion and empathy, qualities that directly contrast the perception of the larger industry. We needed to feature these qualities at the core of our entire employer brand, just as they are the core of Magellan’s culture. And we did that by centering the entire EB around three simple words: We Hear You.

This tagline was tailor-made for Magellan. Everything about it, from the words that make it up to the architecture of the messaging it sits in, perfectly addressed Magellan’s needs.

“We Hear You” is a sentiment that’s reflective in nature, and demonstrates empathic listening and compassion—the same unique traits we uncovered and ones rarely associated with healthcare companies, setting Magellan apart. The word 'we' adds a community feel and makes the framework dynamic, as it represents two groups of people talking—both Magellan as one united team, talking to its external stakeholders, and Magellan as a community of people who listen to each other up and down the business to effect positive change. It’s collaborative and collective, demonstrating that everyone has a voice.

To ‘hear’ someone means listening to understand, rather than listening to reply. Use of the word strengthens the idea that Magellan’s employees understand their members’ real problems and suggests a commitment to do something about them—to take action guided by a moral compass. 'You' is open ended. It represents both the individuals working at Magellan and potential candidates considering applying for a role. It’s a direct reflection of the audience that says “if you are reading this, this is for you.”

Even with the tailor-made ‘We Hear You’ tagline in our back pockets, however, we still felt like something was missing. The traditional architecture with a broadcast headline just didn’t seem right for Magellan. It was too stoic, and lacked the level of sophistication and differentiation needed in an industry where every player echoes the same sentiments. It also didn’t reflect Magellan’s promise to truly listen, because true listening is inherently dynamic. By definition, it means responses change depending on the question, the concern, or the ask. There’s no one-size-fits all, and we knew we had to reflect this. And so, in a style never before seen in the employer brand world, we flipped the architecture entirely on its head—making “We Hear You” the supporting element of our campaign, not the headline.

This strategic format opened up endless possibilities for Magellan to forge personal connections with anyone (stakeholders, employees, candidates, personas, and even recipients of its care) and to speak poignantly to them with equal strength. Whatever these individuals value most, we showed Magellan is empathetic and compassionate enough to listen, understand, and be ready to do something about it. The architecture we built out actually lent Magellan unparalleled dynamism— it could showcase any aspect of who it is, resonate with anyone it wanted, all with equal effect.

In the end, our swift pace and out-of-the-box thinking paid off. We crafted and launched Magellan’s employer brand in 100 days for $100K. Since then, it’s only gained momentum. Magellan’s EB became the first ever to be adopted as main corporate brand for a Fortune 500 company, the site we built won the best career website award, and Charlotte Marshall—the woman who convinced us to take on this project in the first place—was named World Employer Brand Leader of the Year based on the work we did together. Not a bad payoff if you ask us. 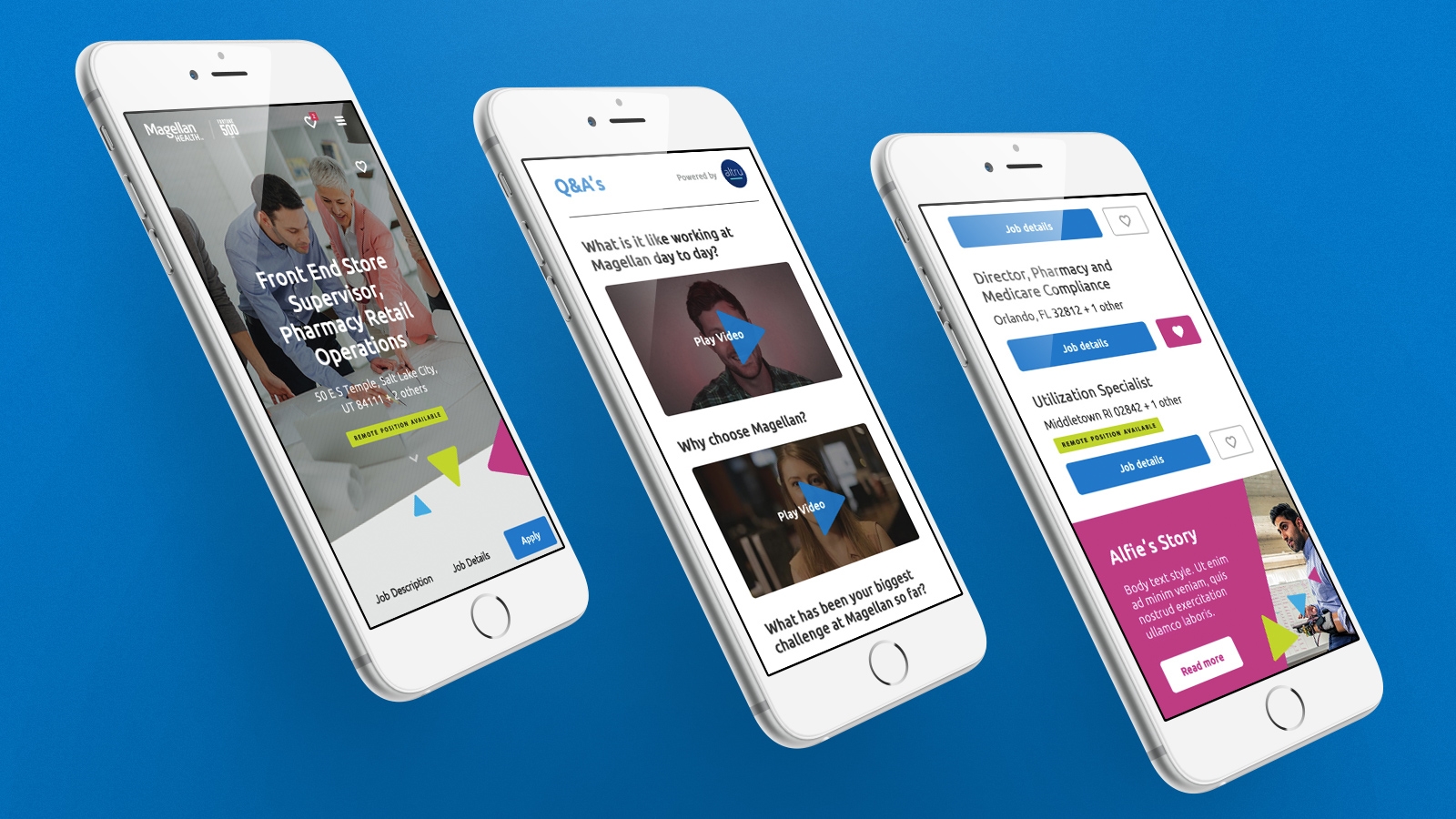