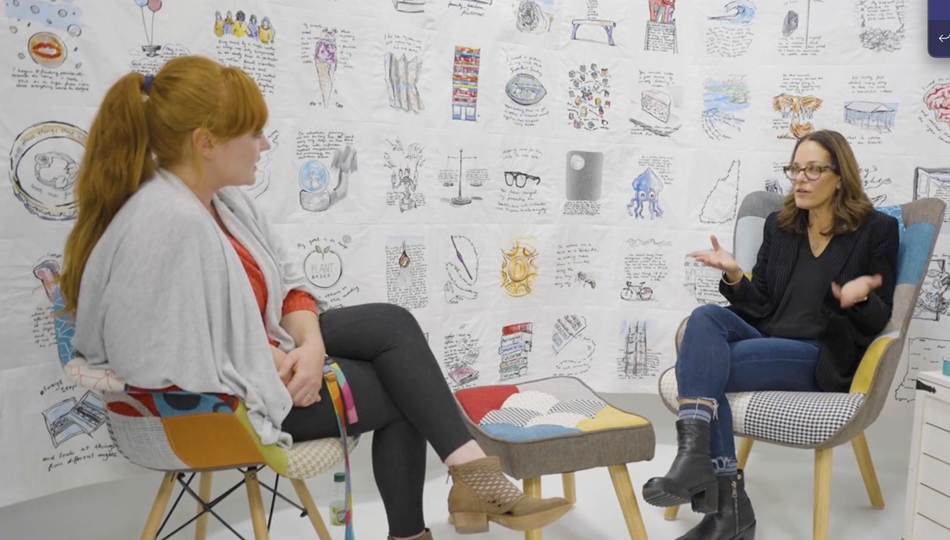 A unique Employer Brand with people, stories and inclusivity at its heart

How Ph.Creative Helped EQRx Unite Staff Through an Employer Brand

EQRx is a company like no other – starting a revolution in the world of Pharma. At the heart of its mission and business is inclusion - making drugs affordable to the people and countries in the world that currently cannot afford them. So, it goes without saying that inclusion is vital in its Employer Brand.

Every single member of the team is different. There’s a real diversity of background, geography, character, age, nationality, gender, experience. But inclusion is not about categories or box ticking. It’s about wanting to empower team members to be their complete selves in the workplace, no matter how different they may feel they are.

EQRx wanted to celebrate inclusivity and share this within the organisation and externally. But in the true, and real, spirit of inclusion, we had to find a way that uniquely celebrated every single individual.

The company wanted to engage people in a way it hadn’t seen in the workplace – the challenge being that many digital initiatives lack the heart and soul of real-world experiences and events. 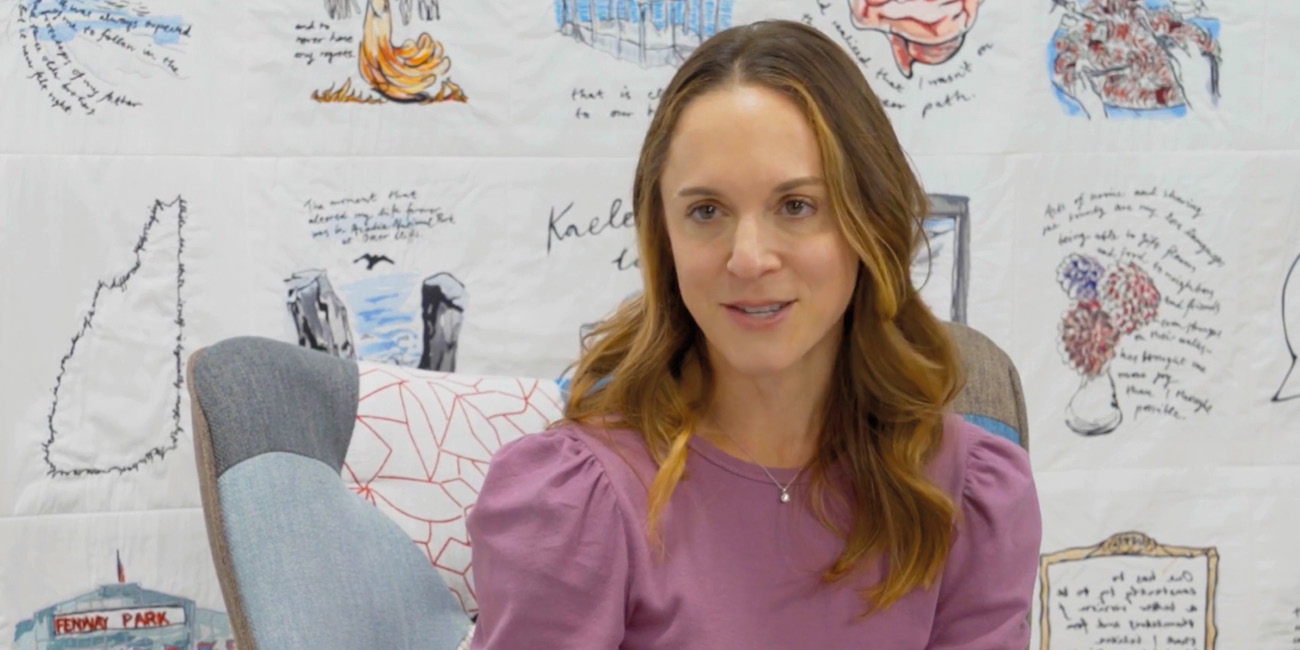 We set out to find a fresh way for the EQRx team to learn more about one another – while illustrating just how different they are. And so #BeYouAtEQ was born.

We started by asking each team member a straightforward question.

“If you could think of one thing or object that tells us just a little more about who you are and the story behind it, what would it be?”

The question would be the spark that started a conversational fire. Teammates bared their souls and their smiles, sharing their most personal stories, including love stories, family moments, cancer survival stories, lost loved ones as well as pizza lovers and secret sneaker-geeks. There were genuinely inspiring moments, and sheer bloody-minded tales of perseverance, in a tsunami of collective sharing.

Each person’s object and story was beautifully illustrated, adding new layers of depth and intrigue. The illustrations were then embroidered onto squares of fabric. Every separate piece of art was then carefully sewn together as one patchwork tapestry.

It became known as the EQRx ‘Tapestory’.

The physical Tapestory was revealed to the company at 11 am on 11/11/21 via a live, online digital broadcast event, watched by members of the EQRx team, wherever they were in the world. Team members could interact with the show and input through their own social channels, with a ticker-tape live feed of people’s comments. The EQRx Tapestory is a beautiful real-world piece of art that continues to grow.

We filmed The Tapestory Session interviews, a growing series of films where we spoke to team members, learned more about their objects, and heard the fascinating stories behind them. These short films then became compelling pieces of social media content, appearing on LinkedIn, TikTok and Instagram.

It has become a beautiful ‘never-ending’ digital book, each page adorned with everybody’s illustrations and stories, for team members and new recruits to read through and get a feel for their new colleagues.

The project has had a profound effect on the workforce, prompting openness, making connections, sharing experiences, and creating bonds that the team at EQRx says it has never experienced before in any company. People opened up in a way they normally wouldn’t anywhere, let alone in the workplace. It was incredible.

As new people join EQRx they‘re asked to submit their own objects and story. They then receive a framed print of their very own painting, which is then added to the bigger real life and digital Tapestory – with new sections unveiled at company events.

The digital version of the Tapestory continues to be the primary touchpoint and exploration tool of the workforce and new recruits. And the real Tapestory is on display in the Cambridge office – now standing at over twenty meters long… and still growing. 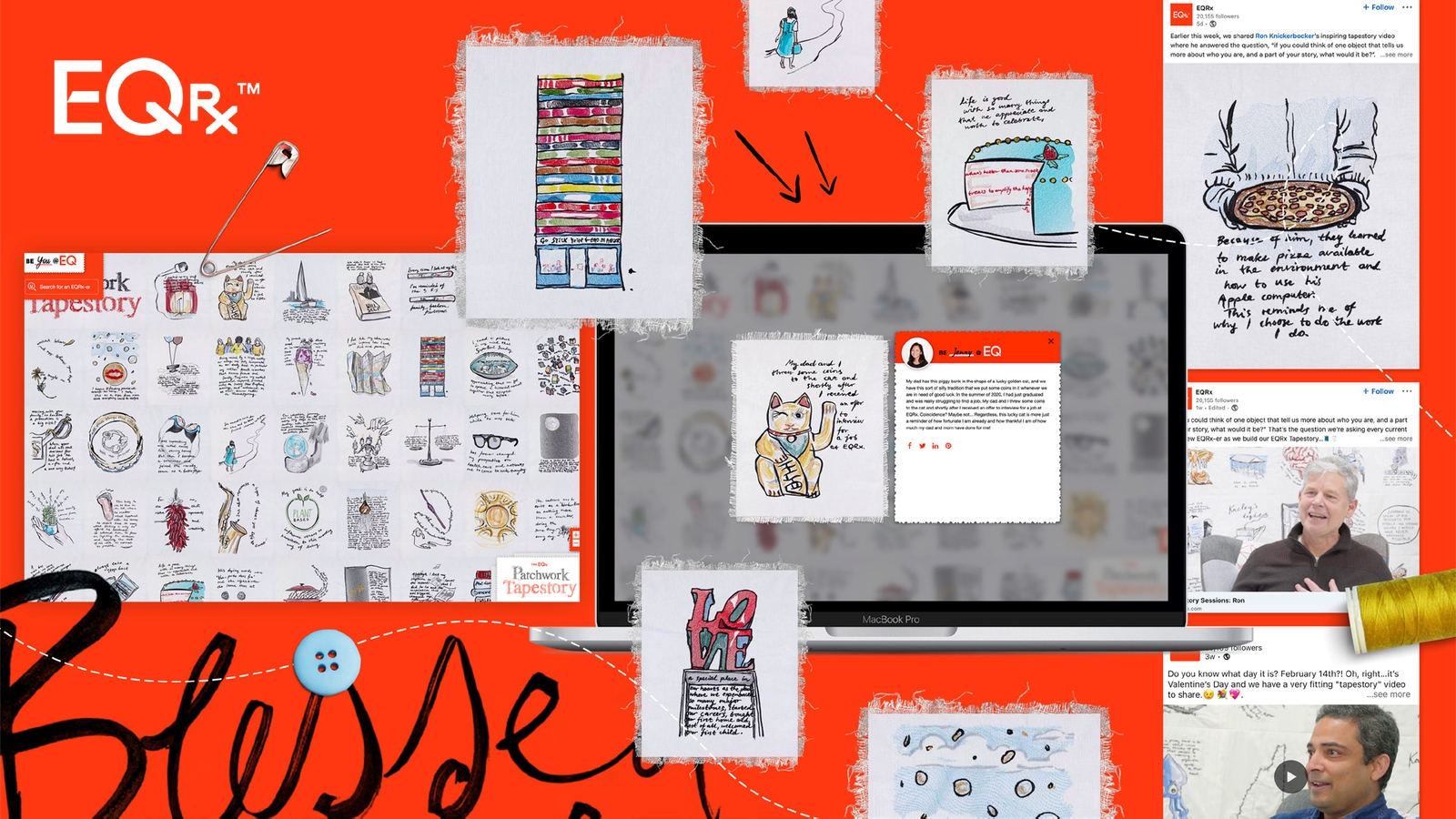