What is Gamification and How can it Boost your Employer Brand?

Whether you need to spice up your hiring tactics, create brand awareness or boost employee engagement levels, adding game elements to standard processes can greatly amplify their success.

It’s a flourishing industry. The global value was estimated at $6.8 billion in 2018 and is set to rise to almost $40 billion by 2024. But what is it about games we love so much?

Sam Von Ehren, the Game Maker for the New York Times thinks that games appeal to us because they are “a controlled form of freedom.”

Humans are natural problem solvers and thrive under the mental stimulation of rules, goals, levels and rewards. Games allow us to make decisions, express ourselves and practise failing in a safe space.

The 1997 film Good Will Hunting perfectly illustrates the potential of gamification in recruitment. A professor writes a difficult maths problem on a blackboard in the hallway of MIT (Massachusetts Institute of Technology). While advanced mathematics students cannot solve the problem, the young janitor Will Hunting, a covert genius, is able to complete it with ease in between buffing the university floors.

Before, no professor gave him a second look, except to reprimand him for ‘graffitiing’ on the blackboard. His completing the task opened their eyes to his massive potential. Will goes on to crack many more problems, exceeding even the dumbfounded professors in intelligence and ability.

Google’s real-world example came in the form of an unbranded billboard in Silicon Valley. If the reader could solve the equation, it would take them to a website where they would be invited to complete more tasks, eventually leading to an interview offer.

Not knowing the billboard was by Google, participants completed the tasks out of curiosity, for the love of solving problems and without expectation of return. This attitude was exactly what Google was searching for in its engineers, and gamification helped them to find their 'Will Huntings' through the noise of over three million applications.

Put simply, gamification for recruiters casts the net further and wider, uncovering talent that would otherwise have remained hidden.

The Science behind Gamification

The success of gamification is rooted in neuroscience. As we play, a cocktail of feel-good chemicals is released in our brains. 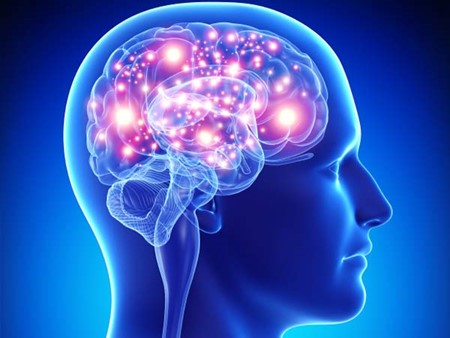 Dopamine - when we receive feedback about our progress towards a goal (badges, points or upleveling.)

Oxytocin - when we listen to a story or interact with others socially. This can be something as simple as receiving a ‘like’ from a friend on social media.

Serotonin – when we are praised, thanked, complete a difficult challenge, or are visually reminded of our accomplishments (badges, trophies.)

Endorphins - when there is tension or excitement.

These neurotransmitters are what makes participating in games so pleasurable and according to Peter Baikins, international Gamification Consultant and CEO of Gamification+ the best, most engaging games are designed to trigger all four.

Benefits of Gamification in Employer Branding

When gamification is used in the application process, it cuts right down to the important stuff, testing candidates’ cognitive skills, and measuring their response to different scenarios. This redistributes emphasis from factors which may cause unconscious bias, such as ethnicity, gender and educational background to telling signs of competence like cognitive ability.

Candidates can, and often do send out cookie cutter applications to dozens of companies so, receiving an application does not necessarily mean they’re invested in working for you. Using games, you ensure that the applicants are willing to commit to undertaking a unique and challenging process. They’re more motivated and driven.

As philosopher Bernard Suits notes: “playing a game is the voluntary attempt to overcome unnecessary obstacles.”

The quality talent that you need to engage, innovate, and propel your business forward are the kind who will voluntarily tackle hurdles, while those who are reticent are screened out automatically.

3. Solve for skills, not experience

The obvious hire is not always the right hire. The traditional application process, with a written CV and cover letter, puts most stock on skillset, even though skills are more easily taught than mindset or behavioural tendencies. Those who are making a career change may feel restricted by the lack of experience on their CV, but gamification gives them a chance to demonstrate their attitude and transferable skills.

Using behaviour science, Benchmark.games integrates psychometric assessment into gameplay to match candidates with suitable roles based on their cognitive ability.

Games are a refreshing change from the seriousness of the regular application processes. They’re fun; they bring out our inner child and they give the applicant a positive sense of accomplishment they’ll associate with your company.

Baikins agrees: “The first impression your potential recruits will have for joining your company is “Oh my God. The first thing they did was they got me playing a game,” which is a great way to stand out from the competition.”

Gamification doesn’t stop at the hiring process. Many companies are now expanding their use of games to enhance onboarding, offboarding, employee wellness, productivity, innovation and more. In fact, 90% of employees say they are more productive when engaged in some form of gamification at their workplace.

Spinify, for example, is a platform that specialises in boosting employee performance and driving sales. Through custom-designed games, they make standard processes fun and rewarding, rousing workers to reach and surpass their targets.

At its core, gamification is designed to influence behaviour. Employee wellness app, YuMuuv, maximises a sense of teamwork and community to encourage employees to lead a healthier lifestyle. Employees can undertake private goals such as sleeping or cycling challenges or compete with their colleagues. A two-year study of a Canadian company found that gamified wellness challenges caused “significant clinical improvements” in blood pressure, perceived stress, insomnia, and fatigue. 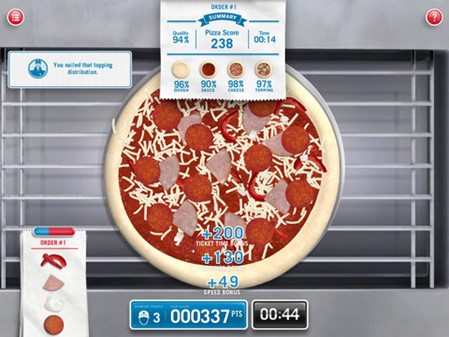 In 2011 Domino’s launched the ‘Pizza Hero’ app, which allowed consumers to make their own virtual pizzas with a unique combination of toppings. If they could successfully market their product on social media, Domino’s would make and sell it, with the creator receiving a cut of the profit.

In total, players made over seven million pizzas. Not only did the game enthuse customers, but it also resulted in almost 800 people getting jobs in their local Domino’s.

Is Gamification for everyone?

According to Baikins, video games are not as alienating to certain demographics as many imagine.

“Most people have played a game, so it doesn't matter whether it's online or it's a board game or a card game, the principles are the same,” he says. “Games on mobile phones seems to have democratised access to video games, so if we choose the right game mechanics, we can make games that are motivating and engaging to any demographic.”

Though some posit that women are less inspired by video games, 47% of all European video game players were women in 2021.

The market is also thriving for the over 50s who are increasingly finding time for video games in their retirement, as a hobby, to keep their minds sharp or as way to connect with their grandchildren.

Gamifying your employer brand doesn’t need to cost the world. Do your research. There are platforms with reasonable starting prices which you can always upgrade later as your company’s needs develop.

If your budget can’t stretch that far, there are plenty of free ways to gamify different experiences. Why not get creative? Try turning your onboarding process into a mini treasure hunt, have a point-based employee leaderboard in the office to reward hard work, or include relevant puzzles on your job descriptions.

As technology for businesses continues to evolve, harness the power of the latest tools to enhance projects and streamline your workflow in 2023. 1. Magic Eraser