Two veterans of EB; two differing views on what it is and how it can add value to your organization.

We spoke to Tim Sackett to gauge his views on current workplace trends and challenges and to talk about employer branding. Never one to pull his punches he has some strong views on the latter, which were certainly worthy of a response.

Sackett is well known in the recruitment industry as a 20-year HR/Recruiting Talent Pro with a Master’s in HR and SPHR certification; President at HRU Technical Resources – a $40M IT and Engineering contract staffing firm and RPO  - and was formerly the Director of Employment at Sparrow Health System; Regional HR and Staffing Director with Applebee’s Intl., Retail Health Recruiting Manager and Regional HR Mgr. with ShopKo Stores and Pamida respectively.
And dog owner.

Was the Great Resignation Predictable?

He's never short of an interesting take on workplace and HR matters and views the sector’s current hot topic – The Great Resignation – as an entirely predictable phenomenon, coming as it did on the back of an economic downturn, caused by the pandemic.

“If we take a look at any post deep V recession, where you increase the amount of job openings quickly, we see massive turnover,” he says. “This has nothing to do with people rethinking work and everything to do with more choice and options. It’s fairly simple economic theory with a great history.

“Will it reverse?  That’s the big question, because unlike other cycles in American history, demographics have fundamentally shifted in America, so we now have a shrinking workforce, a birth-rate that is below replacement rate, and it’s during the same period of time where we have the three largest cohorts of the baby boom generation leaving the workforce. So, it’s unlikely this will reverse anytime soon, unless we see an outside influence like major recession, another pandemic, war, etc.”

The Uncertain Future of Remote Working

He is optimistic, however, that the pandemic may have been the catalyst for an increased focus on the individual responsibility of employees but he is less convinced that remote working will be a long-term phenomenon.

“I’m not sold on that,” he explains. “There are some workers that perform exceptionally in a remote environment, but that isn’t the norm. Workers like remote but liking remote and performing in your job are two very different things. I do believe hybrid work is here to stay and we’ll begin to see this evolve as well, around how do you protect women and minorities who tend to want more hybrid versus younger males who tend to work more on-premises. Knowing you are 40% more likely to be promoted if you are on-premises versus individuals who are not in the office. We already see some organizations mandating certain days as work from anywhere and certain days as work from office to protect these workers’ abilities to move up in their careers.”

The result of this new hybrid world will inevitably require a realignment of employee value propositions and what employers are able to deliver now that workplace perks such as ping pong tables and sleep pods are likely to be off the menu.

“I believe every employer has to recalculate their EVP and understand what the value is that they deliver to their employees around remote, hybrid, and on-prem. 98% of new college graduates want an in-office experience. 60% of new college grads are female. We foresee a future of work that is female-dominated at both a worker and leader level. We must understand that still a majority of our workers are social beings who want in office interactions for their own mental health, professional development, and social wellbeing.”

"Almost All Employer Brands Are Basically the Same"

When it comes to employer branding, however, he is somewhat sceptical about the effectiveness of big budget EB strategies, viewing a lot of it as analogous and ineffectual outside of a handful of big-name corporations. He views recruitment marketing and advertising as a more effective solution.

“I’m a little contrarian in my EB viewpoints. I think almost all employer brands are basically the same and the vast majority of potential employees in your marketplace have no idea who you are and there is little you can do to change it that makes business sense. Let me explain, there are few unicorn brands (Google, Facebook, Microsoft, Tesla, etc.) that everyone knows. There are millions of companies no one knows, and you’ll never reach unicorn status. But EB was built on the premise you can be a unicorn. You can’t. You don’t have the resources and if you spent those resources, it doesn’t make business sense, because you wouldn’t gain enough to make a positive business impact. So, less EB, more recruitment marketing and advertising. I know, I know, EB pros hate me! I’m not saying completely walk away but calm down on the time and resources you spend at this level if you’re not a unicorn brand.”

Naturally, Ph.Creative CEO and employer branding advocate, Bryan Adams, has a different take on the matter.

“I also think Tim is missing the point about what employer branding is for. It’s not to just get the attention of more people, it’s providing a foundation with which to create a communications plan that helps you reach more people effusively with a message that resonates more deeply, creating differentiation, relevance and compulsion to lean in and learn more. A world class EVP will repel more people than it compels towards your brand because your company isn’t for everyone.

“Right now, employer branding strategy has become much more sophisticated than a tagline on your careers pages and social media channels.

“I think we also need to credit our talent audience with more intelligence. People can see through the shiny ‘rainbows and unicorns’ messaging and what we’re seeing more and more of is evidence of engagement, traction and qualified results from more earthy and balanced employer branding with a clear proposition that is authentic to an organization. To get to these conclusions requires hard work to uncover the right insights, but what we’re talking about here is simply doing a job well versus applying a thin veneer of lazy messaging aimed to hype your company.

“We all know, if you want more applications, just do more recruitment marketing - turn up the dials in your channels. But I’ve never met a TA leader that wants more noise, resulting in more applications. This why employer branding needs to be re-positioned as a smart filter that repels, not a magnet to compel the masses.”

The Metrics of Employer Branding

Doubling down, Sackett believes employer branding is having a negligible impact on workplace dynamics. “Almost none that can be measured in the market”, in fact.

“Let’s say you spend $100,000 a year right now in employment branding,” he says. “I’m now going to give you $200,000. I’m then going to out a year later and measure awareness in the market. Will it be double? Should it be with double the resource? It will be almost the same always. You need to spend enough that your own employees begin to believe and understand who and what you are. Beyond that, it’s wasted money.”

Bryan Adams thinks the assumption that profile and share of voice are the key metrics of employer branding is a mistake. There are other, more valuable, outcomes that should be considered, he believes.

“Employer branding is helping organisations large and small to change perception, re-position and build relevance in either a) a changing existing marketplace or b) new markets where they’re not seen to be remotely relevant to the talent they’re trying to hire.

“Looking at just the internal return on investment alone, employer branding can and should contribute enormously towards re-recruiting the talent you’ve got, as well as increasing productivity, morale and advocacy. Quantifying the value is something we need to get better at but using EB to reduce mass exodus during ‘The Great Resignation’ has been something well-tested recently.

“In what other world does it make sense to do less strategic work and focus on more on tactical activity? How does the saying go?  “Strategy without tactics is the longest route to victory, tactics without strategy is the noise before defeat.”

Sharing the Love of Referrals

Both agree, however, about the power of referrals and the role technology can play in increasing recommendations and sharing positive stories that can improve hiring outcomes. But while Sackett believes it is the cost effectiveness that is a key component, for Adams, it is the message not the medium that is the more important aspect.

“Referrals are almost always our best hires and one of the cheapest hires from a source perspective,” Sackett believes. “I think technology and automation can play a huge role in getting more of a great thing and allowing your own employees to be brand ambassadors. Really any technology that helps your own employees share the message more widely has great ROI. We want the employees who love us to easily be able to share that love simply and continuously. That will have the single largest impact to your employer brand with the talent market you’re going after.”

“Referrals are a sure-fire way to get good hires, agrees Adams. “However, people only make referrals if they’re relatively happy in their own position. So, employer branding (creating the love) is an important part of that equation before technology can enter the frame.

“They are usually a good source of hiring more of the same people too, so increasing diversity which is now a priority of 60-90% of large organisations, won’t be solved this way regardless of what technology they use.

“The best use of technology in the world of recruitment and employee engagement is to automate and amplify highly targeted, tailored and considered communications, processes and activities that allows your talent experience to become more personal and relevant to your audience. It’s never the tools, it’s always how you use the tools.” 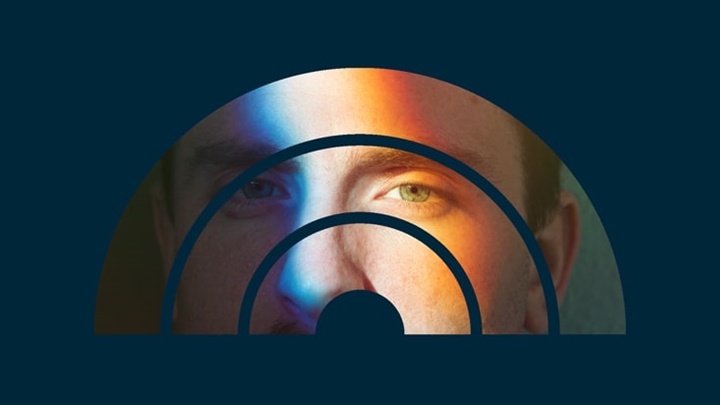 And as American workers continue to leave their jobs in droves, building a strong employer branding strategy is critical. 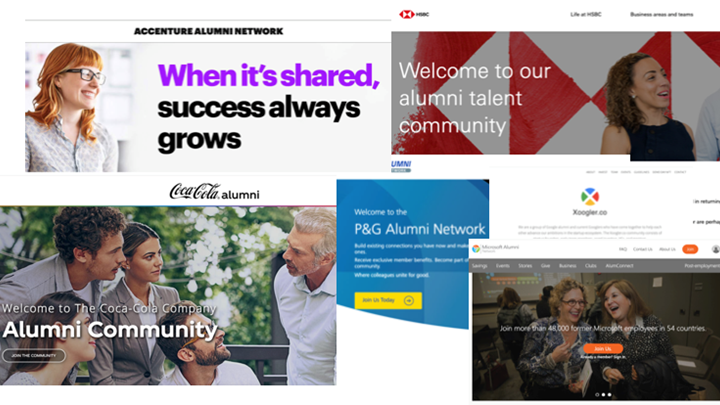 Is Attrition the Next Opportunity for EB? 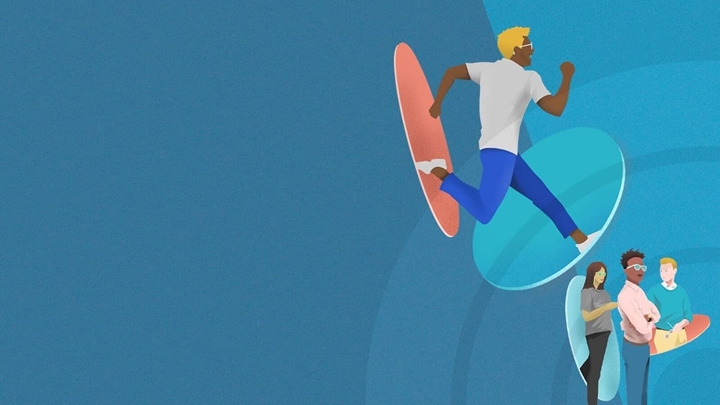 How would employee sabbaticals affect your Employer Brand?