In the wake of the Black Lives Matter and #Metoo movement, calls for social equality are quickly bleeding into the workplace. More companies are taking the open-book approach to pay as demands for greater equity gather traction.

Michelle Hague, HR Manager at Solar Panels Network USA notes: “In today's society, people are increasingly advocating for more open and inclusive work environments. Pay transparency is one way of promoting this sense of equality and fairness, by ensuring that all employees are paid based on their contributions to the organisation, rather than their personal characteristics.”

New York City recently joined several cities and states that have already made it a legal obligation to disclose a salary range for job postings, including Colorado, Connecticut, Rhode Island, California, Maryland and Nevada.

Younger generation wants ‘out with the old’

According to a study from Bankrate, early career talent are the biggest advocates for the changes. 42% of Gen Z workers have discussed their salary with colleagues compared to only 19% of Baby Boomers who are open to sharing this information.

After Hannah Williams, founder of Salary Transparency Street, discovered she was being woefully underpaid, she went viral on TikTok for her attempts to blow the pay taboo sky-high. The premise behind her videos is simple: ask passers-by on the street what they do and how much they earn for it.

In an interview with CNN Business, Williams explained her stance: “Salary transparency is everything. The lack of transparency right now and gatekeeping makes it so easy for people in corporate to take advantage of women, minorities and people with disabilities. It just leaves that door wide open.

‘Mostly younger people were just so willing to talk about it, which I think demonstrates that as a society this is something that we want and you know, if corporate’s not going to implement it, we’re going to do it ourselves, and pressure them to do it by showing them the value.” 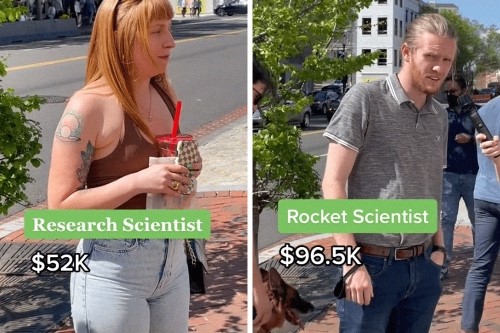 1. Stay ahead of the curve

In a highly competitive labour market, where companies are looking for key differentiators to stand out from their competition, those advocating for pay transparency could be at an advantage, particularly with entry level talent.

According to research from job search engine company Adzuna, 46% of people would not attend an interview without knowing the salary. This makes the fact that only half of UK job postings include a salary, even more surprising.

Michelle Hague, HR Manager at Solar Panels Network USA says: “By being up-front and transparent about employee salaries, you are showing applicants that you have nothing to hide and that you treat your employees fairly. Not only does this make it easier for you to attract top talent, but it also helps improve employee engagement and retention.”

Evidence suggests that the current salary negotiation method used by many workplaces results in pay disparities as it leaves room for more reticent employees, typically women, to lose out. In contrast greater transparency of salary ranges gives these employees a firmer base to advocate for themselves, resulting in greater equity.

Adzuna estimates that candidates lose around 14 million hours every year applying for roles that aren’t suitable for them, which naturally also wastes the time of hiring managers. Additionally, over half of jobseekers flat-out declined a job offer once they found out the salary budget in interview stages.

Kashif Aftab, Founder and CEO at SkillGigs views pay transparency as a win-win for both parties. “The job seeker has all the necessary information to decide if the position is worth pursuing which provides an opportunity to negotiate salary more efficiently,” he notes. “While the employer weeds out all uninterested applicants, focusing only on those that meet all requirements, including pay.”

In principle pay transparency seems like a great idea, and something companies should be looking to implement as they move towards a more equitable pay system. So why are some employers still resistant to it?

Even if employers agree to pay transparency as a premise, the worry remains that disclosing such information on the open market gives competing organisations an edge. With just a quick Google search, competitors can learn exactly how much it would cost to ‘steal’ your talent, which could be detrimental to attraction and retention rates.

2. One size doesn’t fit all

Some organisations are sceptical about a blanket approach to pay transparency, given the vast differences from sector to sector. According to Diane Dooley, CHRO of World Insurance: “Pay transparency is not for every company, industry, or role. It can work well in government entities, unions, warehousing, and labor driven roles, however it is not well suited for professional roles such as consulting, legal, or C-Suite levels as it does not consider all the variables over time.”

Until recently, salary has been a very personal topic, with many workers attaching the numbers on their payslips to their sense of self-worth. It’s not difficult to imagine the conflicts which could arise in the workplace if that information is suddenly disclosed.

Catherine Rymsha, Author of The Leadership Decision: Decide to Lead Today, argues that pay transparency “causes an issue for people managers as many, regardless of tenure, struggle with communicating to team members why one may receive more compensation than another or why they fall where they do in the range. That takes a level of courage that many managers aren't ready or equipped for to talk about and defend.”

Pay transparency is about to become a global trend and once salary information is widely available, emphasis on great employer brand strategy will be greater than ever.

The changes will mean that organisations can no longer rely on opaque ‘competitive salary’ messaging to draw in candidates.

If it turns out that their competitors are offering the same, or better salary, hiring managers will have to consciously look inside their organisation to figure out:

How can we compensate in other areas?

How can we level up and differentiate ourselves?

How can we tell a better story?

The transition to transparency will seem daunting for many employers at first, but ultimately, if managed strategically, your employer brand will become more powerful as a result.

This New Hiring Tactic is Driving Away Top Talent

"Catfishing" is designed to reel in top talent but they're not taking the bait... In recruiting, you’re always wary of having the wool pulled over your eyes by a candidate. Do they really have the…