As someone who has studied ‘story’ for several years now it pains me to see the term ‘Storytelling’ bandied about and labelled as just another fad or buzzword that fleetingly gets the attention of an audience until it’s put down like an old toy, once something shinier comes along.

By the way, I’m no expert, that’s for sure – I’m more of a super fan, eager to continue learning. After interviewing more than 50 story experts I understand just how much there is still left to learn about the power of ‘story’ and the art of storytelling.

But I know enough to understand it’s not a passing trend that will come and go – it’s the most powerful communication tool that has ever been and that will ever be.

So why the hell don’t we all use ‘story’ much more? I don’t think the underutilisation of ‘story’ is down to an audiences’ attention span, or the pace at which the industry’s appetite changes. I think we probably just need to share more tangible examples of how we can adopt it into our everyday life and use storytelling as a practical tool to just get stuff done more effectively.

With this in mind, I’d like to share just one technique from the new edition of my book, Getting Goosebumps that I believe will give you practical and tangible value straight away (but you be the judge of that!). 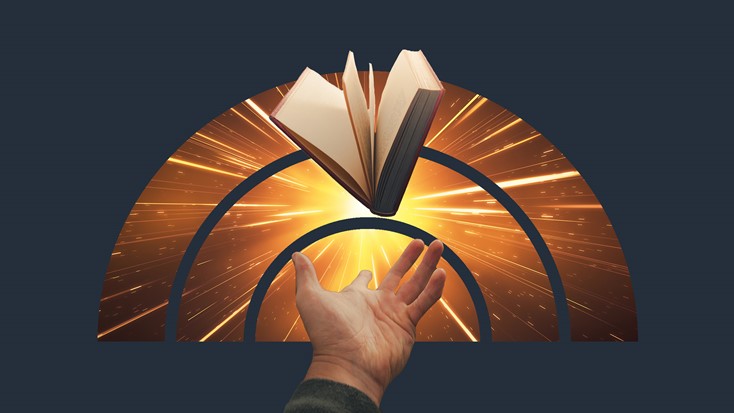 Your hiring manager gets the following question from a star candidate that they desperately want to convince to join your company.

“How can I be sure I’ll fit in with the team here?”

To tackle this question like a story champion, we’re going to use the ‘Feel, Felt Found’ technique*.

Here’s how to shape a great response, which is broken into the following three parts;

“Hey, I know how you feel, I’ve been responsible for bringing new people in to this team who care very much about the vibe and the culture before, it’s a question I get quite a lot.”

This demonstrates empathy and understanding in the present moment.

“Those people felt exactly the same as you are feeling right now”.

This demonstrates it’s quite normal to be feeling nervous or stretched at this stage because other people have felt the same in the past.

“But what those people all found on the first day was that the people are really welcoming and friendly. They go out of their way to make you feel at home and they really do live up to values and culture I’ve described. If it’s important to you, you’ll fit right in and thrive with us. Most people say it’s one of the best things about working here”.

The technique above, works because we align present feelings of the candidate with those who have gone before them. We walk them from past experience of others into a positive future and they come along on that emotional journey with new found confidence.

If you think about it that is exactly what happens in movies. Your present emotional state is affected by the main characters’ journey throughout the film. This technique forces the audience to conjure the scenario in their minds eye and vicariously walk through past, present and in to a successful future that has the satisfying conclusion they need to be content with the answer.

It’s simple story technique but very effective! I’d love to hear your thoughts or feedback if you get any value from this technique.