#44 The Craft that is Comedy with James Acaster 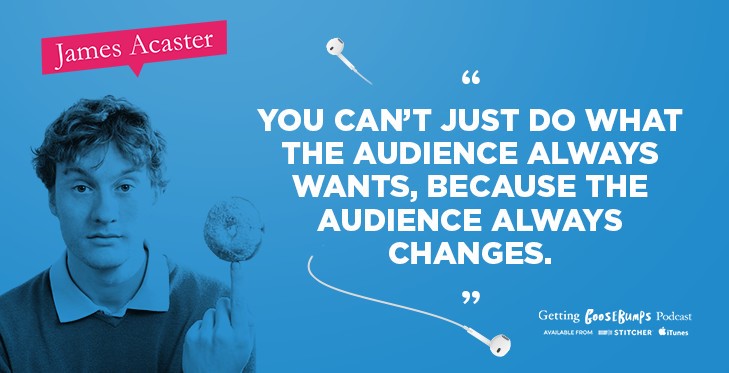 On this weeks episode of Getting Goosebumps, I am joined by Stand-Up Comedian James Acaster. James has been a comedian for the last 8 years and has appeared on Mock the Week, Live at The Apollo & Russel Howard’s Good News! He gives insights into the world of comedy that is far removed from the world of business.

Elements of inspiration and how these develop

Does a comedy sketch come from the same detail required to plot a story? James gives us insights into a much more spontaneous world that is his comedy. He reveals a technique premised on spontaneity as a way of ensuring his material isn’t constrained.

I ask if gaining the empathy of the audience is a priority, to which James challenges this convention. He expresses his confidence in what he writes and performs is what gets him the audience that he wants. A strong understanding of this means the audience who he wants to attract will come, and those he doesn’t won’t.