#22 Learning Lessons From Pixar with Writer and Director Ryan Lynch 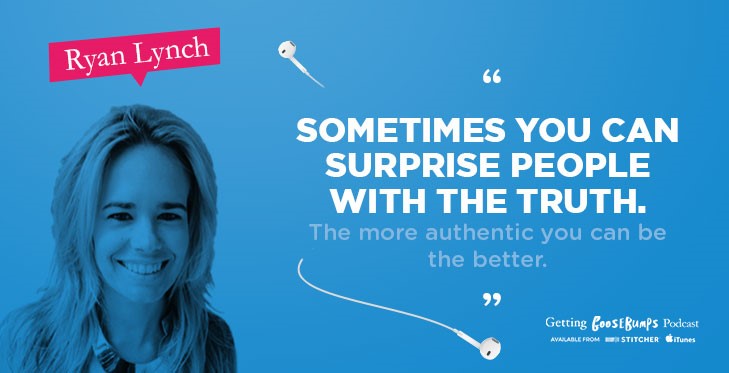 On this episode of Getting Goosebumps: The Power of Storytelling, I had a great time talking to Feature Film Development Manager at Pixar Animation Studios and Writer and Director of the web series San Fran Land, Ryan Lynch.

Ryan’s series explores the themes of single life, friends, and moving on to new places.  These are elements that everyone in the western world has or will experience at some point in their lives. With these relatable themes in place, Ryan talks about how she gathered inspiration from family and friends to flesh out her characters and give them life.

Lessons we can learn from Pixar

Many of our guests have talked about the importance of Disney and Pixar and how they have influenced, not just filmmakers, but all storytellers on how to tug on the heartstrings of their audience.

She has gained a wealth of experience working at Pixar and in this episode she takes us through the tactics used at Pixar to develop a story that have inspired her own writing process.

The new wave of product placement

Off the success of the first series, SanFranLand is being developed in to a second series. Ryan discusses her plans for funding with some innovative ideas for product placement. Have a listen to what could be a revolutionary way of using brand placement in film and TV that marketers could benefit from in the future.

Check out the next episode of Getting Goosebumps, "Separating Stories from Narratives" with storytelling expert Robert Mckee.